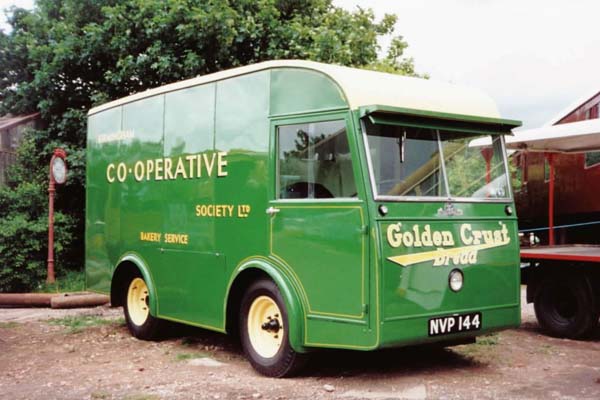 The Birmingham Co-operative Society standardised on this model (and its later derivatives) buying something like 1,000 of them. NVP 144 is from the first batch of thirty received for the bakery fleet.

Like most of its contemporaries, the decline of door-to-door bread deliveries saw it rebuilt to dairy dray status. That was in 1972 and it remained in service until 1989 when it was donated to us by the Central Midlands Co-operative Society (successors to the old BCS).

Since then, and with a great deal of help from CMCS, it has been returned to its original condition. Every endeavour was made to use original parts, this involving us acquiring and dismantling the remains of four other ex-BCS bakery vans. NVP 144 is the only representative of over 200 vans which once formed the Co-op's bakery fleet.