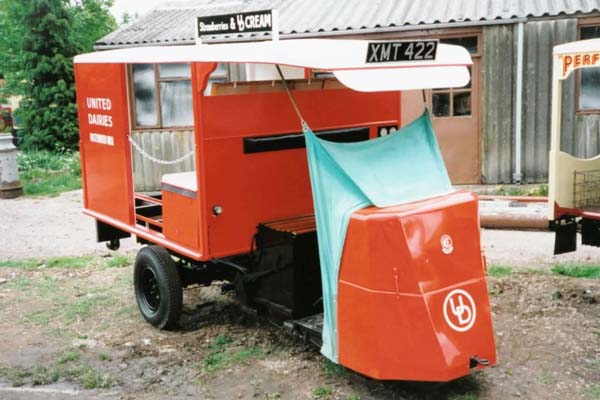 Wales and Edwards entered the battery electric vehicle market in 1951 with a chain-driven 3-wheeler, designed and built at the request of United Dairies. Such was its success that the dairy placed an order for 1,500 of them, and more than twice that number would follow.

Offered to the open market in 1953, the chassis was, again, hugely popular, soon joined by larger, more powerful W&E models.

This truck is the first that was built, the Shrewsbury based builder having the foresight, many years ago, to ensure its return after use by United.

Donated to the museum by W&E and returned to as near as possible its 1952 appearance.